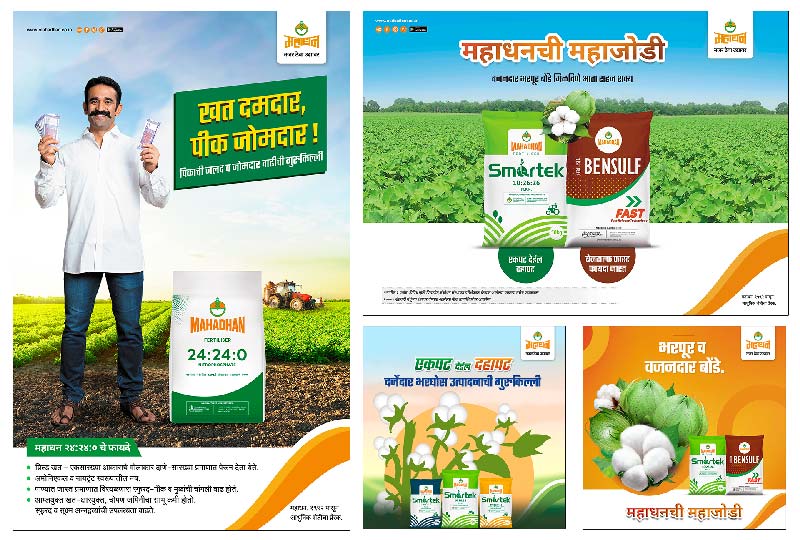 Mahadhan Smartek, from Deepak Fertilisers, was a revolutionary new fertiliser that enriched the soil, strengthened roots and improved its nutrient absorbing capability. Based on a series of university trials, we had been able to establish that for every additional Rs.100/- that the farmer invested in Smartek, he stood to gain 10 times additional yield.

TV was chosen as the lead medium, considering the numbers that IRS and BARC data throw up for rural Maharashtra. And the response was overwhelming. Over 90 percent of farmers surveyed on the communication had seen and understood the communication clearly, and found the message to be clear and convincing.

In fact, the market response to the initial 8-week burst was so encouraging, the client decided to increase the budget and follow it up with a second burst.